Get fresh music recommendations delivered to your inbox every Friday.
We've updated our Terms of Use. You can review the changes here.

Rune's Heart (from split with Nechochwen) 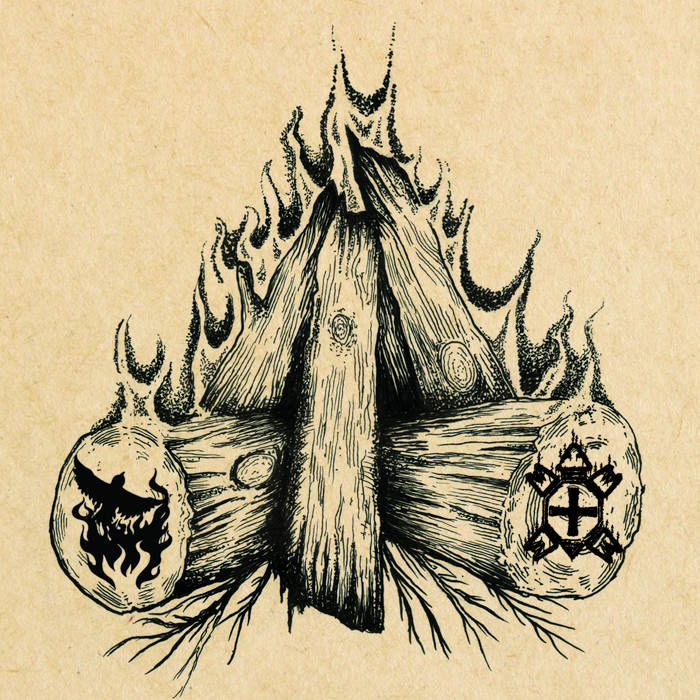 rghchallen I bought this in support of the story behind the song. I salute Mr.Lunn for having the courage to talk about something I would consider intensely private in public. Besides, it's Panopticon, it was hardly gonna be shit, was it?

Apocalypse Dude The song itself is powerful and absolutely stunning. As father, the story of this song touched me and I wish the little family all the best.

Metallurgical Fire This is the single greatest song I’ve ever heard in my life. I could die happy never listening to anything else.
more...

From the liner notes:

I left the lyrics of this song off, as they are a letter to Rune, but here is a brief explanation as to what this song is about:

“Rune’s heart” was written about my youngest son, Rune.
Rune was born with a rare heart condition that caused him to have irregular valves and an aorta that was restricted, called a coarctation of aorta. The discovery of Rune’s issue wasn’t made until he was two years old. He seemed to be a healthy, active little boy. To avoid potential complications or damage to his heart, he was immediately scheduled for repairitive surgery. Bekah (my wife and Rune’s mom) and I had no idea what to expect. It was one of the most unstable and terrifying times in our lives. The surgery could be non invasive...simply just a stint or balloon angeoplasty... all the way up to full blown serious heart surgery. I’ll never forget the day that Bek broke the news to me as long as I live.

When the day for the surgery finally came, neither one of us were entirely sure just what was going to happen. Our fears were confirmed and Rune would undergo a thorachotamy and
coarctation repair. He would be put under and cut open, with a heart surgeon cutting out and sewing up the sinch in his aorta.

That morning, after a sleepless night, we took our precious little boy to the hospital. we held him tight as they dosed him up to put him to sleep. Then nurses took our little man away from us as he fell asleep in some stranger’s arms. Bek and I waited silently in the waiting room. To occupy my mind, I looked for runes in the patterns on the floor, the bricks on the walls, the chairs...anything...hoping for, clinging to, some sort of sign. Bek and I conversed and tried to calm each other’s fear...shedding tears and holding hands.

Finally, they led us onto the intensive care unit and we saw our little boy sleeping....tubes coming out of him and a picc line in his neck....he was pale and limp. But the surgery had been a
success. As time went on, many complications arose. Some that required extensive changes and struggles. Rune’s body was having hard time healing due to something called chylothorax, a condition where chyle fluid prevents wounds from closing and begins to collect in the chest cavity. Since he was still breast feeding ( he was only 2), he had to be immediately weaned. Fats in foods he consumed would cause the chyle fluid to increase and prevent the leak site from closing. This continued on and on for weeks, fluid draining from a tube in his tiny chest, resulting in Rune eventially being placed on a non para oral diet, only being fed thru an IV. My little man went 17 days with out food or water. He begged for food. It was soul crushing to deny him.

In spite of his suffering, no progress was made and he required another, very painful procedure to try to close the wound, called Chemichal pluridesis. This would seal his chest wall to his lung permenently.

My anger and rage boiled over....I couldn't bare to see my son continue to suffer and I began to lose hope and patience. I just wanted to see him smile and hear him laugh again. Bekah, my wife, remained strong and calm. She eased my worries and lead me back to being a strong, rational man. This had to happen. There was no other choice.

Several days after the procedure, the fluid output became less and less, until slowly he was allowed to have ice to eat, and then an apple....soon, he was up and walking and beginning to act like a normal little boy again. After a month and a half of Rune’s suffering and Bekah and I barely sleeping as we watched over him in the night, we finally went back to our rural home in central Minnesota. Rune would have to follow a zero fat diet for 4 months to ensure that there was no reoccurrence, and special precautions were taken as his wounds healed. He developed lot of fear and anxiety surrounding water and food....seeing a two year old with PTSD is certainly unsettling.

Many details, trials and difficulties of this period of our lives have been left out of this writing, as I felt the particulars of the events, the gore and the trauma, the drama of it all were not particularly relevant to the purposes I am writing this for. Certainly, I don’t wish for my family’s pain to be on display or to violate the privacy of my wife and children anymore than I have already. The point of relaying this story is this:

To parents with ailing children and people with ill loved ones....you are not alone. Since this has happened, I have met so many people who have gone through similar ordeals.
I have come to know many other people that have survived these traumas. Peace may or may not come. Wellness may or may not come, but hope is what gets us through and the way to find hope is to reach out to others. We would never have made it through if it weren’t for our friends and family. Now that it has passed, as we sort through the wreckage of our hearts and minds, we rebuild it with the love of our friends and families and the joy of our healthy, growing, vibrant little boy. Rune, as of this writing, is four years old and with a healthy heart. He is strong as an ox and is a joyful child. He is loved by his brother, Håkan, Bekah and I beyond measure.

This song was written for Rune... But this recording is dedicated to Bekah. Her heroic strength through this ordeal is what carried our family through that horrible month and a half of fear and doubt and the chaos that followed it. My love and gratitude for her is beyond messure. Her strength and motherhood is absolutely heroic. And I’d like to especially thank Reece, Pat and Trott for coming through for us when we needed them most. You are the men I aspire to be like. Thank you for continuing to help me grow and be a better man.
Don’t let the fire burn out.
Austin


A PORTION OF THE PROFITS OF THIS RELEASE WILL GO TO THE CHILDREN'S HOSPITAL HEART UNIT IN MINNEAPOLIS, MN, TO SHOW OUR FAMILY'S GRATITUDE FOR WHAT THEY HAVE DONE FOR OUR FAMILY.


To order the vinyl release of this, please go to bindrunerecordings.com. The split is available right now and Nechochwen's side is absolutely fantastic.